I wasn't a Danding fan when it came to his politics. He was Marcos' primary crony and pretty much ran the coconut industry in the country (another crony, Roberto Benedicto was the primary stakeholder of the sugar industry). I didn't vote for him in the 1992 presidential elections mainly because he and Imelda represented the Marcos bloc. He was also suspected to have a hand in Ninoy Aquino's assassination, albeit, never proven. 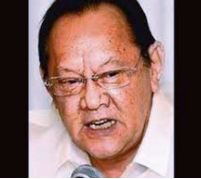 Photo c/o GMA Network News
But I will always be an admirer of ECJ for his contribution to PHL basketball. I never rooted for San Miguel Beer in the PBA, except on certain cases like the 1979 Finals (cheered for RTO against Toyota) or when they were underdogs in the 1984 season as Gold Eagle Beer. Those who know me well understand how closely I followed the NCC program dating back when it all started in 1980, the same year ECJ was appointed project director for basketball by Marcos. Yet, even if I love the national team, I didn't convert to becoming an SMB fan in 1986 when the nucleus of the team joined the franchise (then called Magnolia) in the 3rd Conference.
Yet, that NCC team was the closest national team I've ever followed. From the time the team was being formed, won the 1981 Jones, Cup, won the 1981 SEAG gold, the 1982 Asian Youth, getting robbed in the 1983 ABC, winning the 1984 Asian Interclub, performing well in the 1985 World Interclub, winning the 1985 Jones Cup, winning the 1985 Reinforced Conference, and finally, the 1986 ABC championship - I was a fan.
Ambassador Cojuangco's single biggest contribution to PHL basketball wasn't his investing on the national team. It wasn't his putting up the PABL as a league that eventually replaced the MICAA. It wasn't bringing in coach Ron Jacobs and Fil-Americans and naturalized players like Ricardo Brown, Willie Pearson, Jeff Moore, Dennis Still and Chip Engelland to the country. All significant, but these were not his best offer to the cause. 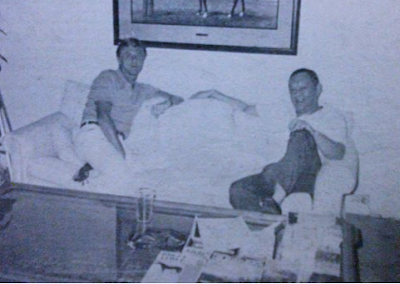 Danding with the implementor of his basketball program, Coach Ron Jacobs
I feel that ECJ made us believe again that we can be a powerhouse basketball playing nation in the world. He laid down the groundwork, given the limited time he had to prove himself. He understood that there was a talent drain in the amateur ranks brought about by players turning pro. Since he needed to produce results right away, and knowing how long it will take to nurture the existing talent pool that the PHL had back then, he made a supreme revolutionary move of bringing in no less than eight (8) foreign talents from the United States, naturalize them by presidential decree during the Martial Law era, suit them up for the national team, and provide the fastest way to transfer technology.

It wasn't an easy trek, despite the power that he possessed. He had to contend with another crony, Herminio Disini of the Herdis Group of Companies, who had his APCOR Financiers team dominating the MICAA in 1980 and 1981 and was generally considered as a godfather himself to the sport back then. Ultimately, Disini left the country for Austria after the Dewey Dee case and ECJ had the basketball world all for himself.

He retained his San Miguel basketball team in the PBA but it was apparent that he focused his resources more on the national team. After discarding the initial plan of filling the entire national team roster with naturalized players brought about by the lukewarm reception received by the team after winning the 1981 Jones Cup in splendid fashion, the next direction was to focus on key areas of weaknesses that the country perennially had. In 1982, the Philippine team won the Asian Youth title held at the Araneta Coliseum, demolishing title favorites and defending champion, China, 74-63, in front of more than 25,000 fans, including the then First Lady, Imelda Marcos, in attendance. It was a proud moment for Philippine basketball, and Cojuangco showed us vignettes of the potential of his basketball program. 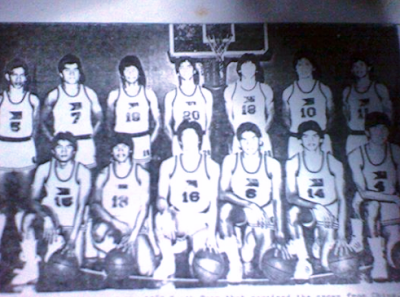 The 1982 RP Youth team that won the Asian Youth title


There were still hitches that needed ironing out. Because of the pioneering move of hiring naturalized players (never heard or done before in this region), neighboring countries questioned our decision of fielding naturalized players, Moore and Still, in the 1983 ABC held in Hong Kong. After allowing Moore and Still to suit up in the elimination round where we won both games, they were disqualified and the two games were forfeited in favor of our opponents.

Yet, Cojuangco plodded on. He put up the PABL in 1983, giving amateur players a venue to showcase their skills and talents. The greatest amateur basketball players of the 80's can trace back their roots to the PABL. in 1984, the national team won the Asian Interclub held in Ipoh, Malaysia, proving to everyone of the team's capability to win the ABC in Hong Kong had not for the ambush. In a phenomenal display of dominance, the Cement Makers won by a margin of 43.5 points per game, including two 20 point plus demolitions of the Chinese team that bannered the 7'4 Mu Tie Zhu. It was annihilation on payback time. 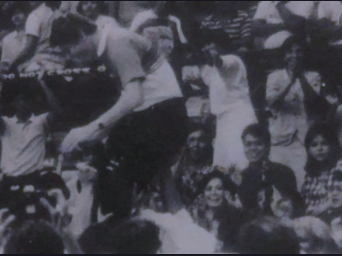 
The national team also guested in the PBA starting in 1984 but experienced some rough sailing as well. There was perception of the referees favoring the PBA teams, particularly on borderline calls, when going up against the national team. The league also didn't find comfort in having a guest team, all amateur players at that, to win a professional championship. In the end, ECJ's team handily won the 1985 Reinforced Conference in the most lopsided Finals series in league history against the Manila Beer Brewmasters. 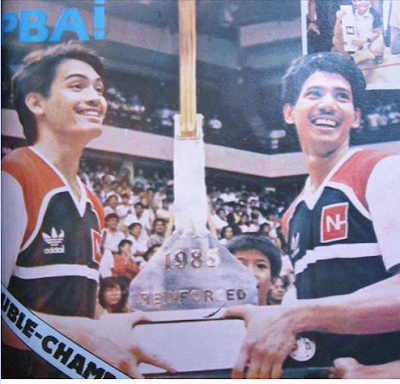 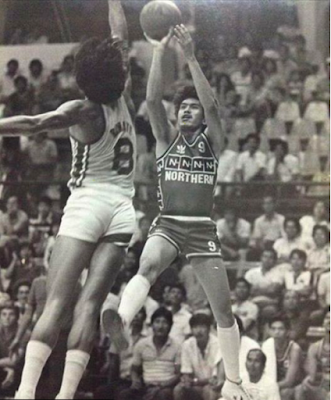 
Apart from the PBA title, 1985 was a very good year for ECJ as his team played extremely well in the World Interclub held in Gerona, Spain. While they won only once in 4 games, they had close games against the US and Brazilian teams before demolishing the Banco di Roma team of Italy, 98-79. They then won the Jones Cup after a few months, stopping the US Golden Eagles team made up of 3 future NBA pros and mentored by legendary collegiate coach, Gene Keady of Purdue, in overtime, 108-100. All these would have meant nothing though if they didn't win the ABC, a feat they accomplished on January, 1986 at Kuala Lumpur, sweeping all their rivals for the top spot. 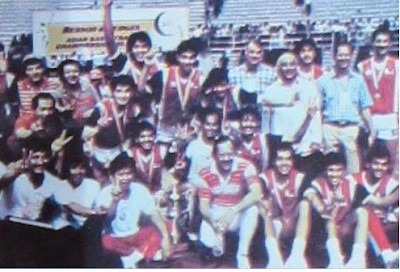 Danding with the core of the 1986 national basketball team


When Cojuangco came back from exile after EDSA 1 and regained control of San Miguel Corporation, it didn't take long for him to bring the Beermen back to its dominant ways. By the 2nd Conference of the 1999 season, they were already winning championships on a regular basis, 16 of the last 54. With the conglomerate now being run by Ramon Ang, Cojuangco took a backseat and opted to steer clear from the limelight until he became the chief benefactor of the Dela Salle Green Archers basketball team. 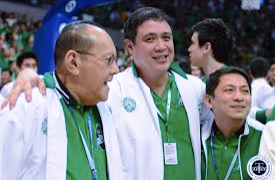 
There's no doubt that Danding Cojuangco was a winner. He seemed to possess the golden hand - whatever he touches always turned to gold. He may have also been successful in his other sports interests like horse racing, vintage cars, equestrian, golf and boxing but it was in basketball where he truly made his mark as a sportsman and leader. He has lived a full life and Philippine basketball will forever be grateful to him.